This Saturday, October 20, a new youth centre will be opening its doors in the Town of Frankford, Ontario. This has been a project three years in the making and one the community is anticipating will make a big impact. 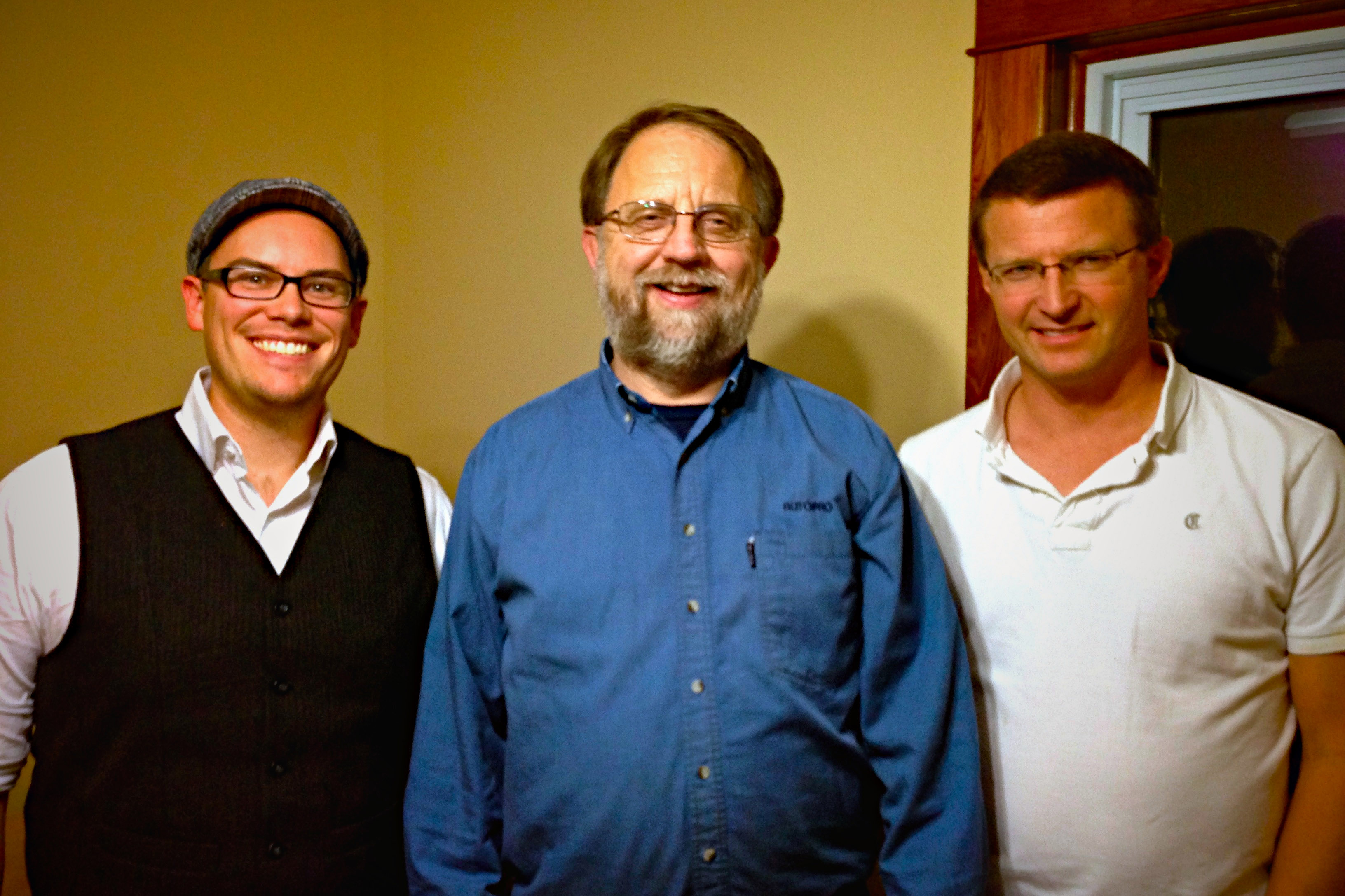 Earlier this week, I had the opportunity to speak with Pastor Brandon Shillington, of Frankford Community Free Methodist Church (FCFMC), along with Frank Meiboom, Board Chair at FCFMC and the new Frankford Youth Centre, and Jason Wryghte, the Director of the Youth Centre, to hear how the vision for the Centre came into being.

In late 2009, FCFMC went through the process of completing a LifePlan. This is a tool of The Free Methodist Church in Canada used to help churches understand their context and establish a direction of movement in their neighbourhood. LifePlan focuses on listening to the needs of the community. Part of the process was interviewing community leaders, where they found that the needs of youth came up in almost every single interview. FCFMC determined from this process that this was an opportunity to start a youth centre, so they formed a committee and asked other churches in the area to participate.

Involving other churches was an important piece of the plan. FCFMC saw this as a way to break down denominational barriers and have everyone come together to work on this project. Brandon says, “We wanted this to be ecumenical right from the start. We saw ourselves as instigators to get it going and then to invite others to be a part of it.”

When determining what the youth centre would look like, Brandon says, “We imagined that it would be in a neutral location… not a ‘church thing’ but an ‘in between the world and the church thing.’ We wanted it to be a spot for kids to be safe. We imagined it would be a place that would give them something to do. Instead of wandering the streets of Frankford, they could go to the youth centre. We also imagined that it would be a place of benefit. When there’s social issues or things that they are struggling with, it would be a place where they can be connected to caring adults that can help. First of all be a listening ear, but beyond that, connect them with resources that could be of help.”

Jason Wryghte was hired on as the Director for the Youth Centre. Jason has been a school teacher in the Christian school system for the last 20 years working with youth in age groups ranging from Grade 8 to college. He doesn’t have a connection to any of the churches in Frankford, although he attends a church in a nearby town. “That gives me a nice perspective in the sense that they don’t want this place to be another room for the church. They want it to be a Christian place, with Christian values, and Christian faith, but not part of a local denominational church.”

Jason talks about the kinds of things they’ll offer the youth, “It can vary from informally hanging around, playing air hockey, board games or getting help with homework. Or you can have formal onsite activities, such as building model airplanes or have a bake day. We’re open to doing offsite things down the road, like perhaps a canoeing trip.” Jason believes it’s important to keep it somewhat informal, “All day long when they’re at school, it’s formal, so for them to get off the school bus and it’s formal again, someone telling them they’re five minutes late, doesn’t work… Of course we have house rules, but we want them to be comfortable and participate at their own level.”

The Centre will offer the youth of Frankford healthy activities, mentoring relationships and a connection to resources.

Pastor Brandon also reiterates that although it is not affiliated with one denomination, it is a Christian youth centre. “We wanted it to be safe to talk about religious stuff, safe to talk about faith. Part of that came out of research by Reginald Bibby, at the University of Lethbridge, in Alberta, which found that youth are open to talking about spiritual things. Most youth centres don’t give opportunity for that.”

The community has really supported the project. Several people have thrown fundraisers for the Centre. Brandon says, “The reaction has been, ‘It’s about time this happened in Frankford.” A business man in the local Christian Reformed Church in town purchased and renovated the century home they’ll be meeting in.

Renovations have been made to this century building on the main street to turn it into a youth centre.

Although FCFMC has had times of frustration with the financial burden they’ve carried through the process, Brandon says the excitement grows as they see the project and community come together.

Frank says, “For me… when my kids [now grown] were going to school, they always had the presence of a parent at home. What I see in the community more prevalently is that both parents are working and there is not a good family connection. The kids either go home to a place where there isn’t anybody or go hang out in the street. This is a place where kids can go for good mentoring, role models, and possibly an avenue to connect with God and the Christian lifestyle.”

Jason says, “I get a lot of joy and pleasure in the relationships that develop… As a leader, I enjoy watching it happen amongst other people, like watching volunteers over a period of months make a connection with a small group of young people. I think it makes a big difference in somebody’s life. My parents split up when I was five, so going through all my teen years, even now, I gravitate towards those relationships with father figures. I suspect a percentage of the kids that would come to the Youth Centre would be hungry for meaningful, healthy relationships with adults. My hope is that those relationships can thrive and ultimately point the way to Christ. What’s the point to life on earth if you don’t discover your maker?”

As for Pastor Brandon, “My hope is that success would look like having good group of youth that are regular attenders here, getting involved in activities of the youth centre and finding it helping them, and being a place of excitement and joy for them. Also that we would have a steady group of volunteers making it a consistently available and safe place for those youth. In addition, coming from my role in the church, my hope as well is that the Youth Centre would be a space in between all our churches in Frankford, that we get together and love on youth in this way. My hope is that it’s something that will help us connect as churches… It speaks to the power of Christ in our community when we work together. My hope is to see the involvement and commitment from our churches and continue to expand on this.”

And so the Grand Opening Event is this Saturday. There will be a BBQ lunch at noon, tours running all afternoon, and the official ribbon-cutting with the Mayor at 2 p.m. They’ll also host an outdoor concert by a local Christian band, Message through Motion, from 6-8 p.m.

“This is all about generating enthusiasm in the community,” Jason says. “There’s been a lot of curiosity and anticipation, but on Saturday, they’ll be able to come in the building, look around, and see what’s here. I hope that the kids come with their parents/grandparents, go away with enthusiasm, and see that there’s something really positive being added to the community.”